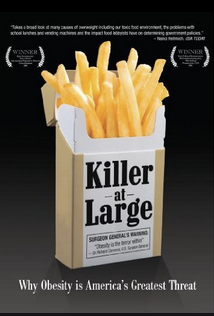 There is an epidemic in our country. A disease overtaking the population which is forecast to increase dramatically over the next decade. That disease? Diabetes. According to a November 2010 UnitedHealth report, by 2020 more than 50% of all Americans may be affected by diabetes. This disease could wind up costing our health care system over $3 trillion dollars. And that is simply the monetary cost. The cost to those suffering from this disease is much greater.

Diabetes is a progressive disease that can result in an overwhelming range of complications from fatigue, weakness and weight gain to high blood pressure, high cholesterol, cardiovascular disease, nerve damage and more. Diabetes is a leading cause of blindness, kidney failure, and foot ulcers which often require amputation. Most often diabetes is tied hand-in-hand with obesity. As the rates of obesity in this country soar so do the rates of diabetes and other weight-related illnesses.

Sadly not enough is being done to educate people, especially our youth, about their health. It is a sobering thought that the current generation of youth most likely have a life expectancy that is shorter than that of their parents. It is disturbing to realize that we are surrounded by drugs and surgical procedures but not nutritional education, physical fitness and better food choices. We are assaulted by a host of negative nutritional choices, our physical activity levels have decreased dramatically, and rates for obesity continue to rise.

Killer At Large is a documentary film that looks at this issue. Filmed in 2008 the filmmakers interviewed many public figures including Former President Clinton, Former Surgeon General Richard Carmona (who call obesity “the terror from within”), and best selling author Michael Pollan. Hearing the statistics, seeing the images, this film starkly highlights the overwhelming reality of this epidemic. It is truly disturbing to watch a 12 year old girl receiving liposuction because she believes it is the only way for her to control her weight. This is a tragedy. This epidemic is a crisis.

Watching this film will hopefully encourage people to make changes. To recognize that we make over 200 food choices every day, most of which are unconscious. This film highlights the toxic food environment that we live in and how it affects our society. This awareness is, I believe, the first step toward making healthier life choices which are critical for avoiding obesity and related diseases.

Watch the trailer below and then consider organizing a screening in your community to get started on making a change.

I originally wrote this for a private client. They are no longer publishing their newsletter and I am now able to share this review with you.