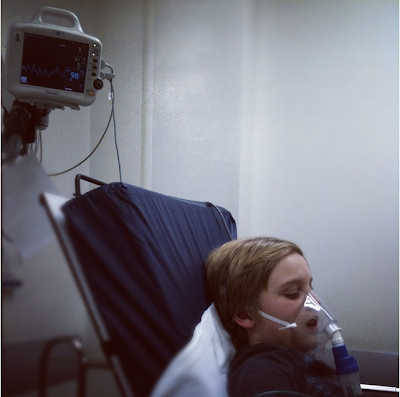 The news reports a scientific study currently underway in the United Kingdom to determine if vitamin E consumption in pregnant women can help reduce rates of asthma in their babies.  Initial positive findings are apparently supported by similar studies in the United States and Japan.

What I love best about this study, no matter what the outcome proves to be, are the following two statements:

“altering nutrition during pregnancy could positively impact on a child's susceptibility to asthma.”

“I wondered whether it might be the other nutrients that go with vitamin E in food that may be
responsible for the effect.”

Whole food nutrition.   What a concept.  This is what I believe in, what I teach when I work with people.  To have science supporting the idea of nutrition as a whole rather than as individual, manipulated nutrients, is wonderful.  And long overdue.  There is a big difference between the concept of nutrition and that of nutrients.  There are many many examples of how nutrients (in whole foods) work together to support each other, making them more bio-available and supporting the body.  Taking a single nutrient by itself may not confer enough of the benefit — the body often cannot utilize it fully.

This particular study is not the first one that points to a connection between pre-natal nutrition and asthma.  Back in 2007 there were studies which showed that pre-natal maternal consumption of fish and apples reduced not only asthma but also allergies in children.

One of the scientists in the 2007 study stated, “Foods contain mixtures of nutrients that may contribute more than the sum of their parts.”  As someone who works with a wide range of clients who have a variety of health issues, I have seen the benefits of switching to a whole food diet.  I have also seen how dietary changes can positively impact bio-individual health challenges for my clients.  While I believe we often tend to take the most simplistic view of our food by deciding that a particular supplement or nutrient will be the answer, it is the synergistic combination of what we eat that has an impact.  If vitamin E has a beneficial effect on diminishing the likelihood of asthma in children I believe we should be encouraging the consumption of a balanced diet that includes vitamin E rather than supplementing a wide variety of consumables to create “pregnancy” foods.

So while I understand the creation of the ‘super soup' mentioned in the article above, in order for the scientists to control the study as well as possible, I sincerely hope that the outcome will be to encourage better, more positive, whole food nutrition changes.

I am not a doctor. The information on this website should not be considered medical advice and is not intended to treat, diagnose, prevent or cure any conditions, physical or otherwise. Information provided on this website has not been reviewed or approved by any federal, state, or local agency or healthcare group. Opinions expressed are solely those of the author and do not represent any particular individual or professional group. © 2006-2020 Mira Dessy & The Ingredient Guru. All rights reserved.