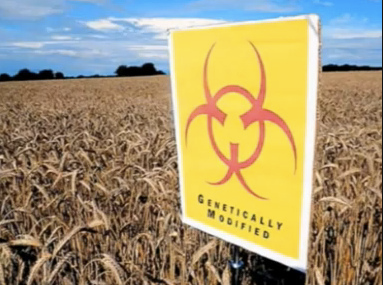 As election day draws nearer there is an enormous amount of attention being paid to what the voters will do at the polls.  California is in the forefront of the move to label GMOs in food.  Other states have considered it but as of yet none have actually passed such a bill.  The general thinking is that if one state passes this legislation manufacturers will be forced to change all of their labeling nationwide in order to not have to create two forms of packaging.

The battle has been heated and intense with both sides contributing money to try to reach out to California voters and garner their support.  The chain of food ownership has become startlingly clear as the Cornucopia Institute put together this infographic showing who contributed what to the campaign.  Consumers were truly able to see that although companies like Cascadian Farms Organic, Larabar, and Kashi have a reputation as being consumer friendly and producing clean products, they are in fact owned by major corporation such as Kellogg and General Mills.  These giant food producers have a vested interest in maintaining our state of ignorance and have contributed hundreds of thousands of dollars to try to convince consumers to vote against GMO labeling.

This is not just an issue that we face here in the US.  All over the world governments and consumers are rethinking the use of GMO.  Just last month Russia suspended the use of GMO corn after a controversial French study showed ill effects in lab animals.  This study has since been brought into question however many of the issues it raised are valid and warrant further study.

This is not, however, the first time that there have been issues with GMO corn.  Back in 2005 there was a German study which showed severe health effects and damage to the liver and kidneys causing the German government to call a halt to the use of the corn.  A 2009 study done in Austria showed that there was a link between GMO crops and a decline in human fertility.

In August of this year two Australia farmers began to travel around New Zealand educating farmers against GMO crops.  As is the case here in the US, those that do not want GMO crops have no recourse if their fields are “accidentally” contaminated.  However there is no way for them to protect against wind, flood, and animals carrying seed.  All of these are potential methods of contaminating crops.  Monsanto has a known reputation for suing farmers for theft if their fields become contaminated, even if this contamination is against the wishes of the farmer.  The only way to protect against GM is to keep it out of the country.

In this video (1.5 hours but worth watching) Jeffrey Smith, the Executive Director of the Institute for Responsible Technology talks about GMO crops and their effects.

You can also watch the movie The World According to Monsanto to learn more.

If you want to read further about GMOs consider the following books:

At this point it may be difficult to stop the spread of GMO crops.  I believe it should be stopped and I believe it should be eradicated to the best of our ability.  But even more importantly I believe that we should have the right to know what’s really in our food.  I will be watching the election to see what happens in California.  I will be hoping that Californians lead the way in supporting our right to know what’s in our food.