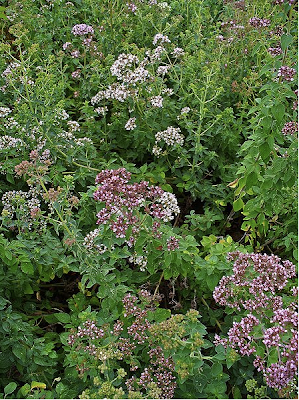 Oregano is a flavorful, highly anti-oxidant, perennial herb which is used in a wide variety of cuisines including Italian, Turkish, Lebanese, Greek, and Latin American. Related to the mint familiy, it has a distinctive aroma and taste; the flavor is stronger when it is dried rather than fresh. Oregano gained popularity in the United States after World War II when returning soldiers came back with a taste for it.

If you love to create your own dishes, you will discover that oregano goes well with pizza, lamb, tomato sauces, and cruciform vegetables such as broccoli, cauliflower, and zucchini. It blends well with other herb including basil, dried onions, garlic, pepper, parsley, sage, and thyme.

Although oregano is typically dried and sold in jars at grocery stores, it can be purchased fresh or grown in a home garden. Before buying fresh oregano, ensure that it is not showing signs of wilt. Fresh oregano can be kept fresh if it is placed in a plastic bag filled with air and then put in the crisper section of your refrigerator

Mexican oregano, related to vervain, rather than mint, is a distant relative of traditional oregano.  Known also as Mexican marjoram or Mexican wild sage, it has been described by many as having a stronger flavor and somewhat sweeter taste than the common oregano.

How to Use Oregano

When you cook with fresh oregano, you need an approach that is somewhat different from the dried herb. In addition to it’s high nutrient profile, providing vitamin K, manganese, iron, and calcium, oregano also has anti-inflammatory properties.  Research suggests that oregano has properties that can relieve the symptoms associated with diabetes and metabolic syndrome.  You will need to understand how to use its fresh form to enhance your dishes and your health.